The Usefulness of Ultrasound During Pregnancy

Ultrasound is a non-invasive imaging technique that allows clinicians to see inside the body without invasive equipment or surgery. Its versatile diagnostic capabilities make it a vital tool during pregnancy. In addition to monitoring normal fetal development, ultrasound is used to detect abnormalities that may pose a risk to the health of the mother and/or her unborn baby.

According to the Family Doctor, a fetus undergoes several pivotal developments in the second trimester of pregnancy. An array of conditions can manifest during this period of significant fetal growth. Ultrasound enables clinicians to identify red flags early and intervene before they develop into more serious issues.

Ultrasound is also one of the safest imaging modalities available. Unlike X-rays or PET scans, Ultrasound does not produce any harmful radiation. Instead, it uses gentle sound waves that pose no threat to a developing fetus or pregnant mother. As a result, clinicians can monitor a pregnancy from start to finish in a completely safe and harmless manner.

Visualizing Fetal Development with an Ultrasound

The safe and non-invasive nature of ultrasound imaging makes it the preferred apparatus for visualizing fetal development. An ultrasound image, also called a sonogram, is captured by a transducer that emits high-frequency sound waves. The sound waves penetrate the patient and bounce off of their internal anatomy to produce a picture of the inside of the body a physician or sonographer can examine. For most patients, the imaging process does not cause pain or side effects.

It is common for expecting mothers to receive their first ultrasound around week 7 or 8 of the pregnancy. At this stage, ultrasound is used to confirm the presence of a fetal heartbeat and measure the baby’s length to determine the due date.

Typically, a single ultrasound system is compatible with an assortment of transducers, each tailor-made for visualizing specific parts of the body. Similarly, a single transducer can be used with multiple ultrasound machines, adding even greater flexibility around the use of ultrasound equipment and its accessories. 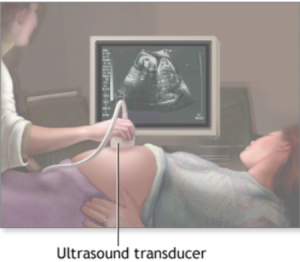 Ultrasound imaging is a harmless way for clinicians to keep a watchful eye on a developing fetus during gestation. If an ultrasound screening reveals any abnormalities, there are more invasive prenatal exams that can be implemented, such as blood screens and genetic tests.

How Ultrasound is Used During Each Stage of Pregnancy

Ultrasound is used over the entire course of pregnancy and can even provide assistance during labor and delivery. Various checkpoints during pregnancy determine the type of ultrasound examination a clinician will perform.

First-trimester ultrasound examinations are used to detect birth defects and help clinicians determine proper prenatal care and the need for additional prenatal tests. Ultrasound is critical during the first trimester, as it is the period when the fetus is most susceptible to damage from substances like alcohol, drugs, certain medicines, and illnesses.

During the first trimester, ultrasound is used for the following indications:

Physicians typically perform first-trimester ultrasounds at 6 to 8 weeks into the pregnancy. Up until this time, the fetus is growing rapidly. At week 5, facial features continue to develop, and cells for the central nervous system and heart begin to cultivate. By week 12, the developing fetus reaches three to four inches in length, and all of its major organs can be viewed with an ultrasound. Additionally, arms, hands, legs, and feet are fully formed, and the fetus starts exploring by opening and closing its fists and mouth.

Photos courtesy of Radiopaedia.org.
These images relay gestational sac development in the early stages of pregnancy. The image on the left displays one fetus, while the image on the right exemplifies the presence of multiple fetuses. 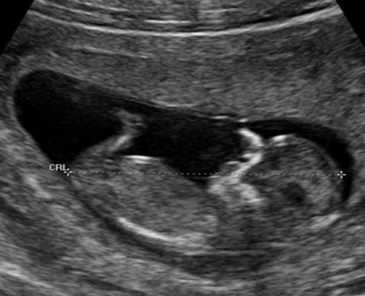 Photo courtesy of American Institute of Ultrasound in Medicine (AIUM).
The first-trimester glimpse of a fetus at 12 weeks.

A second-trimester ultrasound exam occurs around week 18 and is typically performed using a transabdominal probe over the mother’s belly. An ultrasound at this stage ensures that the fetus is growing at an appropriate rate and has a normal heartbeat. It is also used to ensure enough blood flow through the umbilical cord and that the cord is not wrapped around the baby.

Additionally, an ultrasound during the second trimester can be used to determine the sex of the child. It also helps provide more context for prenatal tests, like amniocentesis and chorionic villus sampling (CVS). 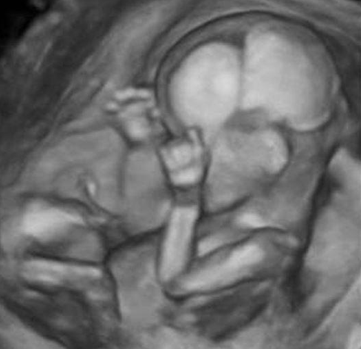 Photo courtesy of American Institute of Ultrasound in Medicine (AIUM).
At week 15, a 3D ultrasound screening provides an incredible lens into a baby’s development.

During the third trimester of pregnancy, the fetus continues to mature, and the brain develops rapidly. Ultrasound is critical at this stage to assess the position of the fetus in the womb in preparation for labor and delivery.

During the third trimester, ultrasound is used for the following indications: 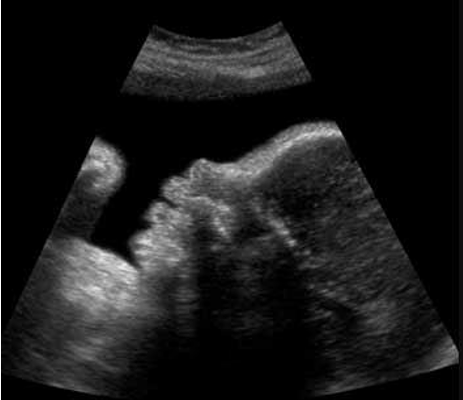 What Ultrasounds Can Detect

Ultrasounds can detect a wide range of fetal health conditions, such as congenital heart defects, cystic fibrosis, and pregnancy issues like placenta previa or an ectopic pregnancy. It’s also helpful in screening various genetic disorders, like Down Syndrome, using an ultrasound exam called a nuchal translucency screening, which measures the thickness of space on the fetus’ neck.

Ultrasound is also used to determine the risk of premature birth, a miscarriage, or a suspected fetal death. During pregnancy, the mother’s health is critical to the fetus’s health. If the mother experiences any irregular pain or discomfort, ultrasound is used to evaluate potential vaginal bleeding, uterine abnormalities, pelvic masses, and cervical insufficiency.

The set of images on the left displays the development of spina bifida at around 19 weeks. On the right are normal spinal images taken at approximately 20 weeks of gestation.

Photos courtesy of Sonia, R., & Shanthi, V. (2016). Early Detection of Down Syndrome Marker by Measuring Fetal Nuchal Translucency Thickness from Ultrasound Images during the First Trimester.
An abnormally large Nuchal Translucency, the fluid space underneath the fetus, is a sign of Down Syndrome detected in the first trimester. This image compares two fetuses in approximately the 11th week of gestation, with a normal NT measurement on the left and a fetus with a larger NT on the right.

Doppler Ultrasounds examine the circulation of red blood cells. During pregnancies, this type of ultrasound is essential when monitoring for Rh disease as it examines placental and fetal umbilical blood flows, as well as blood movement into the brain and heart.

Obstetric ultrasound examinations are performed using transabdominal, transvaginal, or transperineal transducers, depending on the clinical situation. With the evolution of modern ultrasound technology, a transabdominal transducer generally provides sufficient penetration and resolution in most patients.

Transabdominal ultrasonography (the standard through the abdomen scan) is generally used to evaluate second-and third-trimester pregnancy. A transvaginal or transperineal approach is recommended if a transabdominal examination is inconclusive. This is particularly useful when evaluating fetal brain structures when the head is positioned deep within the maternal pelvis or when a low-lying placenta is obscured by shadows.

Transabdominal probes are shaped similarly to other probes used on other parts of the body. However, a transvaginal transducer has a unique shape and allows clinicians to place the device in the vagina. Generally, transvaginal probes draw a sharper image and are more commonly used in the earlier stages of pregnancy. 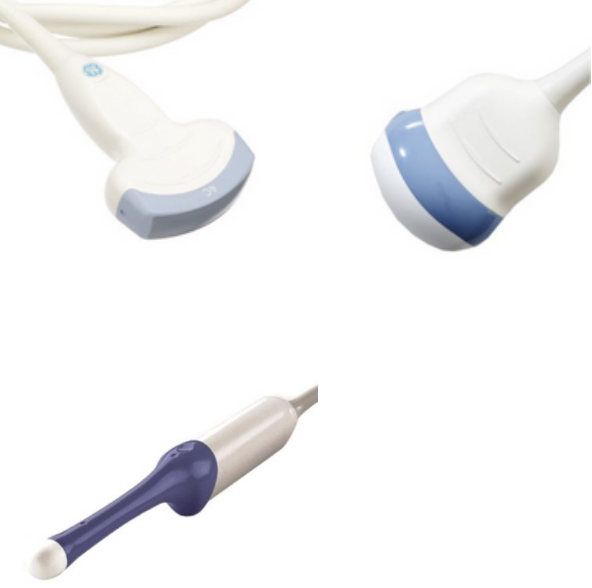 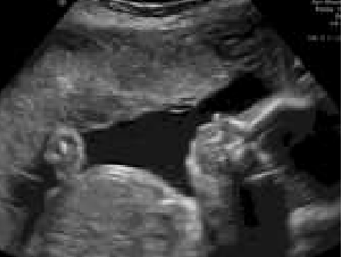 In addition to different transducer types, pregnancy ultrasound exams will often involve different imaging dimensions, namely 2D, 3D, and 4D imaging. A 2D ultrasound is sufficient to provide comprehensive diagnostics throughout the entire pregnancy. However, 3D and 4D ultrasound are useful for amplifying the overall quality of ultrasound by delivering clearer images with greater structural detail. As a result, clinicians can more confidently evaluate fetal well-being and maternal health.

A 3D ultrasound produces realistic images of a fetus by simultaneously stacking 2-D images from various angles. A 4D ultrasound enhances this quality by adding real-time movement of the fetus displayed as a video rather than a picture. A 3D/4D ultrasound is especially beneficial to clinics desiring to provide a high-end patient experience. It allows expecting parents to view high-resolution video of their baby’s face in the womb. A 3D/4D ultrasound also enables clinicians to detect various physical defects, such as cleft lip and palate. 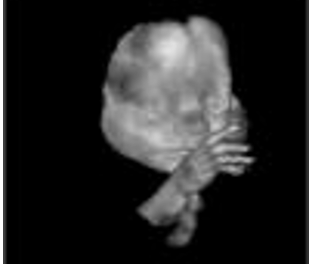 Strata offer an assortment of refurbished ultrasounds that include capabilities to display these types of images. The caliber of such ultrasounds warrants expensive prices, but we sell them at incredibly reduced costs compared to the OEM.

As noted earlier, ultrasound is one of the safest imaging modalities and poses little to no risk to the health of a developing fetus or mother. Unlike X-ray and PET scans, ultrasound does not rely on radiation but instead uses harmless sound waves.

Nonetheless, sanitation remains critically important when using ultrasound, especially in the case of transvaginal and transperineal ultrasonography. These transducers carry the risk of microbial transmission if not adequately cleaned and sterilized before and after each use. For this reason, it is highly recommended that patients seek out trained and licensed medical professionals for their ultrasound screenings.

The American Registry for Diagnostic Medical Sonography (ARDMS) is the most highly regarded licensing organization for aspiring sonographers and ultrasound technicians. To obtain certification from ARDMS, one must fulfill their educational prerequisites and then pass the Sonography Principles & Instrumentation (SPI) exam. Typically, successful completion of a general, medical, or sonographic physics class/seminar/course is sufficient to sit for the SPI exam.