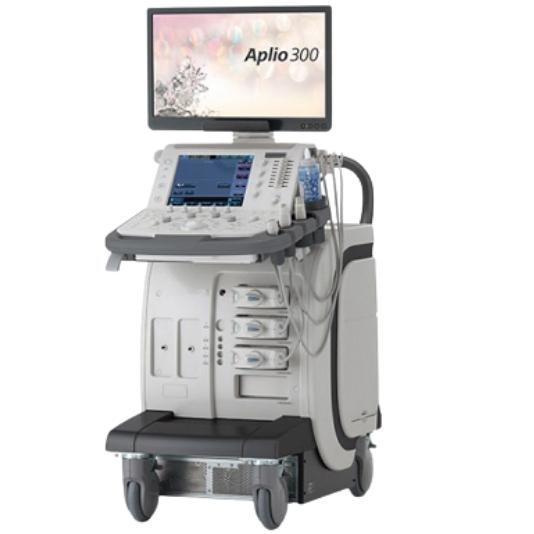 The Canon Toshiba Aplio 300 is a premium ultrasound machine for various ultrasound applications. It supports an extensive gamut of probes to support pediatrics, small parts, OB/GYN, cardiac, vascular, MSK, abdominal, fetal, and many other clinical applications.

The Aplio 300 features high-density volume imaging with 3D and 4D imaging capabilities. In 2016, the Aplio series was replaced by the “Aplio i” series. As such, the Alio 300 is no longer in production, making a used or refurbished unit a more cost-effective way for medical practices to add a premium machine to their line-up.

After Canon Inc acquired Toshiba Medical and rebranded to Canon Medical Systems Corp in 2018, Toshiba ultrasound machines are often referred to as “Canon,” even if they were made before 2018 and lack the Canon branding. 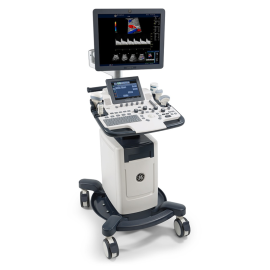 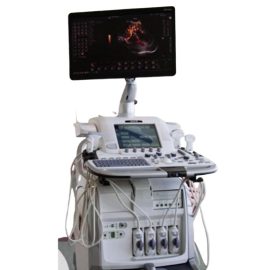 GE Logiq E9 2.0
Strata Medical’s Review
Toshiba Aplio 300
The Toshiba Aplio 300 is a premium shared-service ultrasound machine, at an affordable cost. Its application versatility makes it perfect for medical clinics performing exams on a variety of patients and focus areas. With its 19-inch high-resolution screen and industry-leading features, the Aplio 300 will suit the need of most general imaging needs.
Call us for a price quote

Get a Free Quote
Toshiba Aplio 300 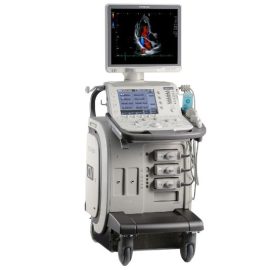 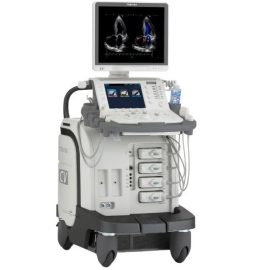 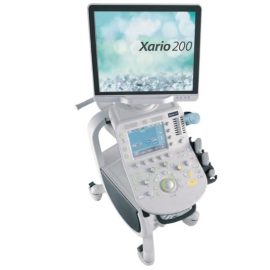 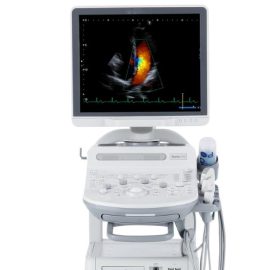 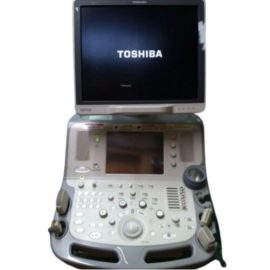 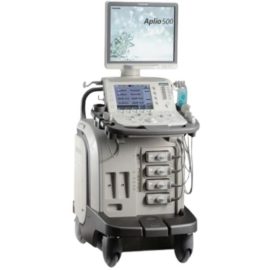 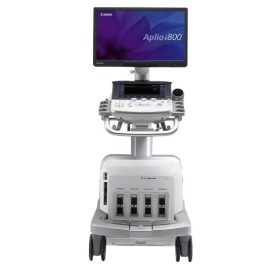